Back to the game - News - OMD Magazine

Dante:
I was staring at her..."I... I TOLD YOU NOT TO!!!!.........." I tried to calm myself down. I was worried about her...and about the baby that was FORCED to grow up so abnormally! I felt my eyes shine the same red shade as Sylvain's and I looked at a vase and destroyed it into ashes. That seemed to have let some steam off and I started to calm down. Massaging the bridge of my nose, and as my eyes started to go back to their normal color, I murmured, "Don't. Ever.Do.That.Again...Got it, Lily?"

"Lily wasnt around...." I started to get aggravated and I hated being aggravated. I lit up a fireball and twirled in my fingers to let out some frustration.

Anger....hurt....aggravation....irritation....annoyance....hurt....a bunch of bad emotions are written all over him.

Lily:
I never saw a warlock so mad ever... Not even when Sylvain and I had that match...
Quietly I just nodded, not showing any emotion. I deserved that, always had a bad temper. 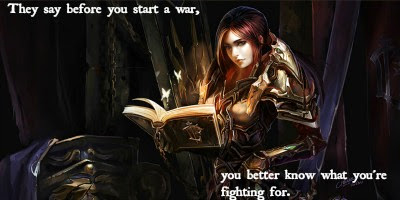 Dante:
I took a breath and smiled a little at her, "Now...Could we please go eat? I'm hungry."

Sylvain:
...I noticed...I really am trying to calm him down. Dante should have known better..."Kane...Dante is immature and you know that. He might have gotten scared that the news would get out...He trusts you more than anyone else. More than me, Merek or Lucian...I'm sure he's going through a hard time considering a few days ago he was against kids and settling down."

Lily:
I was in shock... Numbly I nodded, and smiled a little bit. Living with drunk parents thats what you did. Freeze and wait for the storm to calm down. I wish I never got pregnant.

I can tell that through his emotions.

"I know....he still should have trusted me with the truth...now that we don't know."

Val:
I shrugged, "He had said I could start walking again tonight...But...I don't know where he is."

Dante:
The way she was looking at me...She was scared...I seemed like a monster to her...The same way my mother had looked at me when she found out I was a warlock. I was scared of going near her...Scared of finding her cower away from my touch...I didn't want her to...leave...or...
"Lily...I'm sorry...I was just...worried about you...and our baby."

Sylvain:
"Kane...Just talk to him. I'm sure you'd find all the answers in him. Don't bottle up anger inside you...But don't let it take over you either."

Angel:
"You said he went to go tuck the kids in?"

I sighed and ran my fingers through my black and red streaked hair. "I need to talk to him but he'll kill me right now. Come with me to keep him from doing that, please?" I asked Sylvain.

Lily:
I smiled a little bit, "It's fine, I'm not scared of you or anything. It's just.. I feel like a burden to people now.. A burden for you, that you don't need. I've always had a horrible temper, and when I got bitten...It didn't help at all.."

Val:
"Yup...That usually includes a bedtime story...which most probably is why he's late. Aury keeps asking questions." I started to mimic Aury, "Daddy, why did the wolf become so mwean? Why did Cindewella wose her shoe? When did Petew Pan stawt to fly?"

Dante:
I walked to the bed and sat next to her as I brushed a lock of her hair off her face, "I like your...spike. And you're not a burden. I'm happy I found a girl that's so amazing that I, the party dude, am swilling to start a family with her."

Sylvain:
I looked at Dia, "Think we could help out?" I paid the bill and before she even answered, Kane teleported us three over there.

Lily:
I kissed him lightly on the lips and smiled, then I saw Sylvain, Dia, and Kane enter the house.
"Is there no such thing as KNOCKING?!" I asked, throwing the last pillow at Sylvy.

Sylvain:
I caught the pillow effortlessly, "You know I prefer manners over anything...Kane over here prefer spontaneity though."

Lily:
I glared at Sylvain.. "Warlocks.." I muttered.

Sylvain:
I looked at Dante, "How're you doing...Daddy?"

Dante:
I put an arm around Lily and said, "I'm doing great, thank you. Care to join us to dinner? Lily here needs to eat."

Aw soon as we arrived I put my hands up in defense. "Don't do anything hasty, Dante."

Lily:
"I am fine thank you." I said getting up.. Then almost losing my balance. Sitting on the bed I glared at the wall.

I looked at Lily and smiled a little, "Awww That was cute!"

Sylvain:
You should have seen us when we were...younger...Teen hormones never were worse.

"Are you sure about that? Is the child actually yours?" I asked accusingly.

Now I see how you sunk Atlantis easily.

Angel:
"Aury sounds like the smartest person. He may figure out questions no one can ever answer."

Sylvain:
You're really sad about Atlantis, aren't you, my queen? I asked with my eyes following Kane and Dante.

Val:
Chuckling, I said, "Well...He has his sister who's always doing that, too. And who knows maybe Felicia would be like that, too...We try to use our imagination when answering his questions, but sometimes...He just has us stuck. Wait till Matt gets back and he'll let us know what were the questions of the night."

Lily:
I just sat there holding onto Dantes arm.

Dante: I looked at her and smiled a little as I put my free hand on top of hers.

Angel:
"Do you know who he gets it from? You or Matt."