Back to the game - News - OMD Magazine

"I know! That last book nearly killed me."

I smiled. "I won't spoil it for you, but it's good." I cleared my throat. "Sorry about that, geeking out there."

Kira:
I laugh, "It's okay! Though to be honest, I was a bit annoyed at the ending of Inheritance."

I smiled. "I was, too! But I hear rumors that there's going to be another book."

Kira:
I gasp, "No way! That'd be so cool! Which makes me think... Hehe, how great would an Inheritance based game be?! Especially with that ending in the last book!"

(Well, I'm going to make another character if that's alright...)

Name: Raven Burley
Age: 16
Clique: The Emos
Likes: Food, Tumblr, flowers, makeup, books, bears, snow, dancing, friends, family, biking, purple, every shade of blue...
Dislikes: Yellow. Yellow and worms. And also cheesecake. That's basically all I hate. Oh, and stereotypes. Of course.
What do you look like ?
(Ok so I couldn't find any anime types like this so I just took this instead. But feel free to imagine her in anime/manga form.) 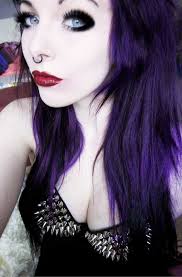 The Mauraders were alive that night, all four of them, you know, but it wasn't the same; only three were true and one was gone, and the one that was gone shouldn't have been. But they were together, again, and in that moment, they knew, they would never say goodbye.